Kabelbel: with the art of canoe making about vanish, an island village revives an ancient tradition.

For many years the people of the Lihir Islands in Papua New Guinea relied upon large outrigger canoes for travel, trade and subsistence. In the past, groups of men would make long and dangerous journeys to engage in a complex inter-island trade network with neighbouring groups in the New Ireland district, exchanging live pigs for shell valuables. These outrigger canoes were once the prized possession of the village – the ‘aniakietz’ or the ‘base’ of the village’s wealth and renown.

The last time one of these canoes was made in Lihir Islands was in the late 1960s. Over time the number of people who know the art of canoe making and sea voyaging has grown smaller. Kabelbel captures the efforts of a group of Lihirians to revive this ancient tradition for future generations.

The past century has brought many changes to the Lihir Islands, not least of all the start of large-scale gold mining operations in 1995 which has brought  greater levels of ‘development’ to local villages. Daily life has been profoundly altered through employment, access to better education and health services, and a strong desire for ‘modernity’. Increased access to cash and the introduction of motorised dinghies in Lihir and throughout the neighbouring islands hastened the existing decline of large outrigger canoes.

Kabelbel follows the members of the Kabelbel Cultural Group as they are taught the art of canoe making and seafaring by clan elders.  Intergenerational differences and a sense of social change emerge along the way, along with a profound sense of cultural pride, reflecting the original intentions behind this project. Shot entirely on location, Kabelbel captures the daily rhythm of contemporary village life and reveals with great nuance the importance of custom and tradition to the Lihirian people in a changing world.

Background to the project

Since the early days of the mining operation Lihirians have expressed concerns over the social and cultural changes taking place in their society. The mining company has sought to support local cultural programs, which included the establishment of a cultural awareness office within the company’s community relations department. In 2008, a group of committed Lihirians, together with a support team comprising an anthropologist, an historian, an ethnomusicologist and a heritage specialist, held a series of community workshopsacross Lihir to develop a long-term plan for managing and strengthening Lihirian cultural heritage. This project was supported by the mine operator Lihir Gold Limited. An action plan was developed, known as the Lihir Cultural Heritage Management Plan (2008). This plan was also given the Lihirian title: A irir wana mamalien a anio Lir, which means ‘A plan for social stability and harmony on Lihir’ (see Bainton et al 2011).

The original working committee was later registered as the Lihir Cultural Heritage Association. With support from the mining company and funding made available through the community mining benefits package (The Lihir Sustainable Development Plan), the members of the Association are now working to implement the Lihir Cultural Heritage Management Plan. The planoutlines a series of programs and projects designed to assist Lihirians to revive, maintain and strengthen their cultural heritage.

Canoe making and inter-island voyaging for the trade of pigs and shell money is a foundational part of Lihirian culture. Members of the Association identified the art of canoe making and sea travel as a priority project to ensure that these skills and knowledge are maintained for future generations. 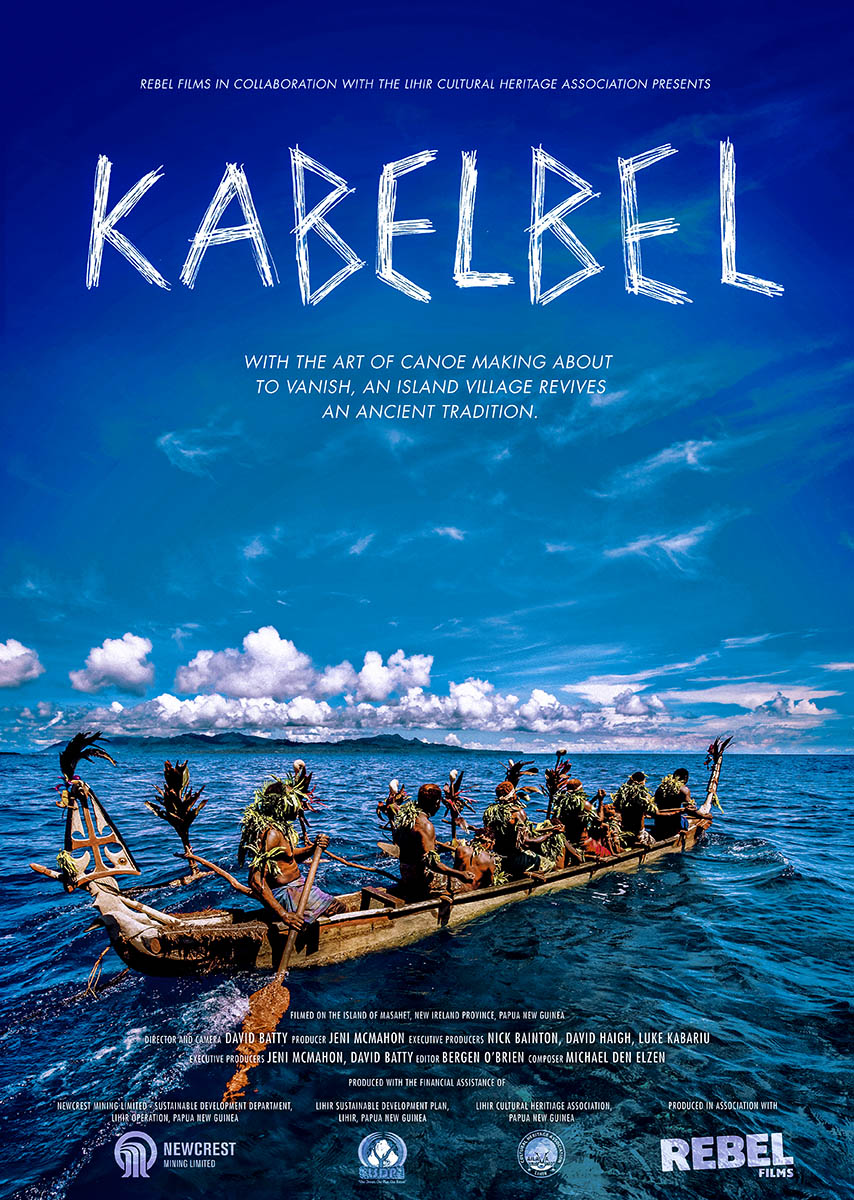 In 2010 the Association began working with community members on Masahet Island to develop a ‘canoe revival’ project. The intention was to create a project for Lihirian youths to work with senior men to ensure that the knowledge, skills and rituals associated with canoe making and sea voyaging are passed on to the next generation. Archival images of Lihirian canoes were brought to Masahet which inspired older men to revive these skills (figure 1). It was soon decided that such an important project should be captured on film as a record for Lihirians and to showcase Lihirian culture to the outside world.

With support from the mining company and the LSPD fund, the Association were able to engage Rebel Films for this project. David Batty lived on Masahet Island for nearly two months becoming immersed in village life as he followed the construction of the canoe. As he filmed the project from start to finish, from the selection and felling of the tree through to the launching, he became an integral part of the project.  The project also provided a great opportunity for the Papua New Guinean staff working in the mining company’s media outfit to learn more about film making.

On Saturday 28th May 2011 the canoe was formally launched at Malal village on Masahet Island. It was named Kabelbel after the local cultural group that was involved in this project. The canoe travelled around Masahet for its customary maiden voyage, stopping at different villages along the way so that clan leaders could walk out on the reef to meet the voyagers and make presentations to support the new canoe. All of this was followed by a customary feast to celebrate the event and mark the completion of the canoe.

The film was first screened in Lihir on Masahet Island in November 2012.

Kabelbel DVDs can be purchased from Rebel Films

All images are copyright ©David Haigh and it is illegal to use or reproduce without permission.